Speaker Kevin McCarthy (R-Calif.) said on Thursday that he would consider expunging one or both of former President Trump’s impeachments.

“I would understand why members would want to bring that forward,” McCarthy said in response to a question at a press conference on Thursday, before listing off several other key priorities for House Republicans.

“But I understand why individuals want to do it, and we’d look at it,” he added.

In the last Congress, a group of more than 30 House Republicans led by Rep. Markwayne Mullin (Okla.) put forward a resolution to expunge Trump’s impeachment in the wake of the Jan. 6, 2021, attack on the Capitol. The resolution was supported by the fourth-ranking Republican in the House, Republican Conference Chairwoman Elise Stefanik (N.Y.).

A smaller group, again led by Mullin, also introduced a resolution to expunge Trump’s December 2019 impeachment for allegedly attempting to withhold military aid from Ukraine in an effort to pressure the country to investigate the business dealings of President Biden’s son Hunter Biden.

The Senate ultimately acquitted Trump in both impeachments, after failing to reach the two-thirds majority required to convict him. 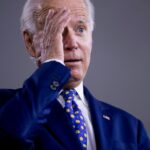 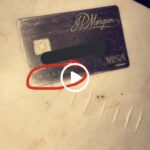